GETTING SUPPORT FOR HEALTHY LIVING 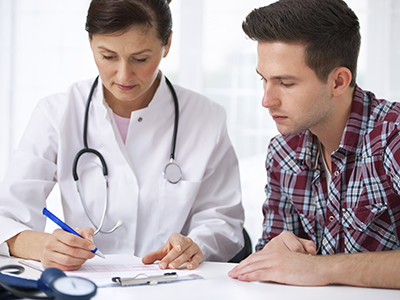 In today’s fast-paced world, waiting — whether it’s at the doctor’s office, in line at the grocery store or for an Internet connection — is rarely considered a good thing.

But when it comes to certain medical conditions, delaying treatment while regularly monitoring the progress of disease — a strategy doctors refer to as “watchful waiting,” active surveillance or expectant management — may benefit some patients more than a rush to pharmaceutical or surgical options.

The purpose is to watch in order to see whether a condition progresses. That way, patients and physicians know what kind of threat a disorder poses and they can make a better decision about how urgently treatment is needed. Some people might never need treatment, for instance with a slow-growing cancer. Other people can delay treatment for months or years.

Precancerous conditions may also be monitored with active surveillance. One example is ductal carcinoma in situ (DCIS), or abnormal changes in the ducts of the breast. DCIS may eventually progress into an invasive form of cancer, but most cases do not, so some physicians promote regular monitoring to avoid or delay the side effects of breast surgery, chemotherapy or radiation.

When Syd Ball, a nuclear engineer from Tennessee, was diagnosed with prostate cancer, he chose active surveillance over immediate surgery or radiation therapy.

“When I was diagnosed, it did shake me up,” Ball said. “Once I talked to the doctor, and got the statistics about my chances, then I felt there was no question about what to do. Being an engineer, if you give me the risk statistics on it, I’ll tend to believe that the best course of action is based on what my chances are.”

Watchful waiting allowed Ball and his physician to get a better idea of his risk — whether his cancer was growing and how quickly. If the cancer grew quickly, then he knew he should start treatment. If not, he could wait. Ball was not looking forward to possible treatment side effects that could interfere with his quality of life and wanted to delay or avoid them if possible.

The concept of active surveillance isn’t limited to cancer treatment. It occurs across a variety of medical conditions. Pediatricians or family doctors may recommend watchful waiting for children with ear infections, since many resolve without treatment from antibiotics.

Physicians who treat chronic lower back pain might employ watchful waiting, monitoring patients regularly instead of immediately performing surgery to see if symptoms resolve on their own or whether stress management, strengthening exercises and other strategies effectively manage pain.

The physicians of couples trying to conceive a child sometimes suggest watchful waiting for a period of time before starting infertility tests and treatments, because most healthy partners conceive within a year without added intervention.

Women with endometriosis whose pain isn’t severe, who do not want to have children or who are approaching menopause may choose active surveillance, rather than deal with the side effects of surgery or hormonal treatments. And women with ovarian cysts who have mild or no symptoms might be advised to delay active treatments until symptoms become severe, because surgery carries the risk of infection and bowel and bladder damage.

What Happens While You Wait?

Though it’s a common misconception among patients, watchful waiting isn’t just ignoring the disease or disorder, hoping it will go away. “Active surveillance is a term that defines the fact that it’s not just wishful waiting or delayed treatment,” Crawford says. Physicians actively monitor the situation, and if needed, will jump in and begin active treatment, he says.

If you and your physician agree that active surveillance is a good idea, you’ll need regular checkups, and, depending on your condition, medical testing, such as blood tests, biopsies or imaging scans like MRIs or CAT scans, will be part of your regular monitoring. For conditions like chronic back pain, your doctor may recommend you make changes to your dietary habits, exercise regimen or lifestyle.

“We don’t want to let things fall through the cracks. With active surveillance, frequently we would be following patients as often as you would when they are on treatment, checking tumor markers and monitoring for new problems or symptoms they might have,” says Deborah Armstrong, MD, an associate professor of both oncology and of gynecology and obstetrics at the Johns Hopkins University School of Medicine. “It is different from someone who is at the end of their treatment options. It’s not ‘Should I try this?’ That’s a different concept. The concept of watchful waiting is that you do plan that you will be starting treatment but you’re going to delay it.”

The length of time active surveillance is recommended varies from person to person and is based on a variety of factors, including your age and general health, how severe your symptoms are, how quickly the disease progresses and the risks of delay. Physicians may monitor some patients, such as Syd Ball, for more than a decade without changing course. In other cases, active surveillance may take place for only for a few months — or in the case of ear infections, a few days — before having to move on to active treatment.

Nikkie Hartmann, a public relations professional from Chicago, came to the process of active surveillance after more than a decade of battling papillary thyroid cancer. Hartmann, given a cancer diagnosis during her freshman year of college, underwent total thyroid removal surgery, as well as radioactive iodine treatments. Though her blood tests still show elevated levels of cancer markers, the side effects of the radioactive iodine treatments and lymph node biopsies have proved uncomfortable and time consuming — and the active surveillance offers a break from the treatments while keeping an eye on her disease.

“The doctor didn’t use the phrase watchful waiting or active surveillance, but he said ‘watch and wait,'” Hartmann said. Though she’s still monitored with blood tests and will require additional diagnostic testing and possible treatments if she chooses to have children, within the last year Hartmann and her doctors have adopted an active surveillance stance that delays radioactive iodine treatments and lymph node biopsies for now.

Knowing the side effects that biopsies and radioactive iodine treatments can cause, Hartmann says that she’s at peace with the decision. “I was relieved when they told me that they recommended watching and waiting,” Hartmann said.

Waiting Isn’t for Everyone

Active surveillance is not without risks, however. For some types of cancer, for example, there’s a risk that the cancer may be harder to control if treatment is delayed. Doctors do not recommend active surveillance for fast-growing, aggressive or late-stage treatable cancers.

For other conditions, such as chronic back pain or endometriosis, there’s the risk that painful symptoms may worsen during active surveillance, eroding quality of life and making it difficult to work.

Though active surveillance offers a delay in the physical symptoms caused by treatment, the emotional issues associated with this choice prove difficult for some patients to handle.

“A lot of difficulty comes from the historical context of how we’ve treated cancer,” said Jamie Studts, Ph.D., a psychologist who treats oncology patients and an associate professor at the University of Kentucky College of Medicine. “The idea is very foreign to people that you have cancer in your body and you’re not doing anything to get it out.”

It takes a significant discussion and a decision-making process shared between doctor and patient to understand the pros and cons and how that can be the best way to manage their care at a particular time, Studts says.

“The other problem is the perception of potential rationing of care,” Studts adds. Particularly if people don’t have resources, they could feel like they’re being mistreated or undertreated or not treated fairly if active surveillance is suggested.

But Dr. Armstrong offers reassurance that active surveillance doesn’t mean less face time with your physician: “I spend as much time with these patients as with patients I’m treating. At every point we say, ‘If we see this, we are going to do this. Let’s see what the disease looks like, then we’ll decide if we need to do treatment.'”

For some people, the anxiety of watchful waiting cannot be overcome, Armstrong said. Regardless of the statistics and the doctor’s recommendation, patients who could benefit from active surveillance sometimes insist on and receive treatment instead.

In addition, the influence of a family member or partner who doesn’t fully support active surveillance may erode a person’s initial decision to use it, Dr. Studts says.

“Watchful waiting may allow people to have a good quality of life and have the tumor completely arrested. Take diabetes. You don’t cure diabetes, you manage it. With cancer, maybe we don’t have to get it all, maybe we can arrest it or stop it so it doesn’t spread or doesn’t affect major organ systems,” Studts said.

So how do you decide whether active surveillance is for you?

The starting point for making the decision is a trusting relationship with your physician, Armstrong says. “This is a situation where patients have to have trust in the physician, trust that the physician is doing the right thing. It’s easier to treat someone than it is to do watchful waiting. The main issue is that people need to be comfortable with the concept and their doctor is doing the right thing,” Armstrong says.

“Trust your gut if it doesn’t feel right and get a second opinion. You have to be your own advocate, and if you don’t feel comfortable, get more information,” Hartmann says.