SIDE EFFECTS: WHEN SILENCE ISN’T GOLDEN 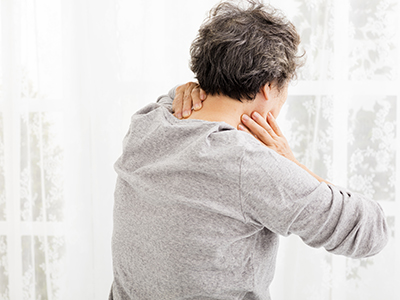 Side effects may occur with any new treatment, including new medications, placement of a new medical device, surgery, or even physical or occupational therapy. We usually think of side effects when we begin to experience bad changes — when the treatment introduces new worrisome symptoms or problems. Most treatments have some sort of side effect associated with them, and many of us may wonder if side effects are simply the price we must pay for a necessary treatment.

But side effects shouldn’t be taken lightly, for a number of reasons. At their most extreme, side effects raise the alarm when you are having harmful and even potentially fatal treatment reactions. Even somewhat mild side effects like a dry mouth, sleepiness, or minor muscle aches may still interfere with your daily life. Sometimes side effects bother some people so much that they skip doses or give up a treatment altogether, which can derail care and put them at risk for both short- and long-term complications.

Before treatment begins, here are a few questions you can discuss with your health care team:

“I cannot overemphasize the need to discuss side effects, no matter how minor they seem,” says Vicki Koenig, M.D., a retired family physician in Exmore, Va. She recalled several experiences with a new blood pressure medication used by her patients—and the warning signs caught by those patients. One woman, she says, “came in more than week early for a blood-thinner check because her urine didn’t look right. She was extremely sensitive to the drug and was bleeding internally. Had she waited, she would have had dire consequences.”

Not sure if it’s a side effect that your care provider should hear about? Here are some signs to consider:

Mike Hawker, a 25-year old Californian, takes medication for obsessive-compulsive disorder, but last year he “began to feel some really strange side effects…that were like nothing I have ever felt and I had no idea in the world how to describe them,” he says. “The only thing I could come up with is it felt like my mind would ‘blink’ for a short second. Also, at time I would feel like the ground had just shaken. These two things were extremely difficult to describe to my doctor.”

The unusual feelings bothered him so much that he called his doctor while out of town, and he and the doctor decided to wean him off the medication immediately. The side effects soon disappeared.

“I find that many patients are not even sure if what they are experiencing is indeed a side effect or just caused by the disorder itself,” says Donna Barsky, D.Ph., a pharmacist in Plano, Texas. “Sometimes, a side effect may not even show up immediately, but in a period of time after they start taking the medication.”

Barsky had a patient with diabetes who developed breathing problems a year after he started on a certain medication. After discussing his concerns, she recalled, “we reviewed what medications he had started in the last year. One of his medications, which was controlling his diabetes, has a rare side effect of pulmonary edema which can be fatal if left unaddressed.”

Even if a side effect doesn’t appear to be severe or harmful, discussing side effects can help you and your health care team zero in on a therapy that treats your condition while preserving your quality of life. Rachael Bender, a consultant from California who has taken anticonvulsants for mood disorders, brings up any side effects “which are in any way annoying” during her doctor’s visits.

Learning More About Side Effects

The provider who prescribed a treatment should be able to answer your questions about side effects, but it doesn’t hurt to seek information from other members of your health care team as well. “I have learned that it is much easier and more informative to discuss drug side effects and interactions with other medications with my pharmacist, says Brenda Jones, a 52-year-old woman in New Jersey. “I get more information from him and I do not have to deal with talking to the back of a doctor’s head as he is rushing off to the next patient.”

One of the newest ways to learn about side effects from your treatment is from other patients with the same condition-linked together on sites like PatientsLikeMe.org and other online communities. These sites draw information from participating patients with certain conditions ranging from multiple sclerosis to HIV/AIDS. Individuals share reports on their health status, their treatments and their side effects over time. While these community reports can be useful, the information on them should always be verified using other trusted sources.

The more you know about your side effects, the more easily you can weigh the trade-off between the usefulness of the treatment and the discomfort or even risks of the accompanying side effects. “If the side effect is tolerable and not dangerous, the doctor and the patient will often agree to put up with it,” Koenig says. “But if it’s bothersome to the patient, then it’s perfectly OK to say something. The doctor doesn’t live with you, you do.”

“For years I stuck with a medication that caused excessive weight gain and fatigue. Finally when my hair started falling out, I had had enough,” Bender says. “After switching medications I realized how unhappy I was and how I suffered on a medication that fixed one problem while causing a huge impact on the rest of my life.”

In some cases, the side effects of a treatment may be so unacceptable that you decide to stop the treatment entirely. If this seems like the best course of action to you, it is important to talk through the decision with your health care team rather than immediately quit the treatment. They can help you work through the pros and cons of stopping treatment, and perhaps point you toward alternative care. Even if you decide to stop treatment against the advice of your team, the discussion can go a long way toward preserving a good working relationship with your health care providers and alerting you and your family to the consequences of an untreated condition.

Searching for Information on Side Effects

Want to know more about a medication’s side effects? The information is out there, but sometimes it can be tricky to know if you’ve found what you’re looking for. The U.S. Food and Drug Administration requires television ads for prescription medications to list only the major side effects of a drug, as long as it includes a way—a Web site, or the “ask your doctor” line—for the consumer to get the full list of side effects. Prescription drug ads in magazines include the full list of side effects in their Brief Summary section.

Each prescription drug must be sold with full information on its known side effects. You can find this full list in many places: stapled to the outside of your pharmacy bag, included in the drug packaging, or on a Web site related to the drug, or the Physician’s Desk Reference ( available at many libraries and online at www.pdr.net). Side effects can be listed under Contraindications, or the conditions under which you should not take a medication. They could also be listed under Warnings, which usually describe the most serious and life-threatening side effects. Precautions describe situations such as driving or certain groups of patients such as pregnant women that may affected in some particular way by the medicine. Finally, Adverse Reactions describe all side effects reported during the medication’s clinical trials.