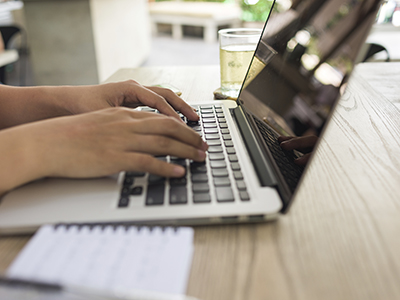 Most people don’t have the luxury of letting work slip, even when serious illness strikes.  Everyday bills keep coming and new health care expenses pile up.  Not to mention that, for many, the workplace is their main source of health insurance and provides social support that can help through stressful times.

Workplaces vary dramatically in how they treat employees with illness, and unlike companies in other countries, U.S. employers aren’t required by law to provide paid sick leave to workers. According to the Department of Labor, only 73 percent of full-time workers and 26 percent of part-time workers in the United States receive paid time off for illness. Though the average amount of time off provided varies across occupations and industries, workers who get sick time receive between six to 12 paid sick days annually.

A week of sick time may be enough if you get hit with the flu or a cold. But what happens when you have a chronic condition, such as Crohn’s disease, multiple sclerosis or diabetes, and the time off you need exceeds your number of sick days? What protections do you have if you require major surgery?

You’re sick, and you want to keep your job. Before you even sit down with your boss or human resources director, talk to your doctor about your diagnosis, what to expect and how your symptoms might progress over time. He or she can offer perspective on how much you should work now and how long you might be able to keep working later.

Next, turn to your company’s employee handbook for guidelines on when sick leave is appropriate, how to ask for time off and whether short- or long-term disability benefits are available.

For a newly diagnosed person unfamiliar with the world of work benefits, “the information is overwhelming,” says Theresa (Terry) Perry, the managing principal with PinkSlip, a San Francisco-based benefits and retirement consultancy.

To get a handle on what work benefits you’re entitled to, Perry suggests turning to online sources. “There may be a lot of information online if the company has an intranet,” she adds.

Seek out other sources of information, she advises.  “Insurance vendors can tell you about add-on benefits” such as coverage for disease management and pharmacy costs. “You can still seek out your benefits, even if you don’t say what the illness is,” Perry says.

Finally, you may want to meet with your human resources representative (or your boss, if you work at a small company) to discuss your health needs at work. Some companies provide short-term disability benefits for a few weeks or months if workers can’t do their jobs due to illness or injury, and your HR person can tell you whether those benefits are an option for you. Typically, you don’t receive your full pay, but a percentage of your income, during the time you’re on disability.

Your HR representative can inform you of the necessary paperwork needed to obtain benefits. Don’t delay in filling out the forms. Workers “could lose their job if they don’t have medical coverage — a doctor’s note from the time they went out to the day they return to work, or if they don’t come back when a doctor releases them from care,” says Jackie Lynn Jeter, president of the Amalgamated Transit Union, Local 689, which represents workers for the Washington Metropolitan Area Transit Authority.

What the Law Says

Keep in mind that there are federal protections for workers, too. Under the Family and Medical Leave Act (FMLA), employees can take up to 12 weeks off to deal with their own illness or to care for a seriously ill child or family member. Your employer is not required to pay you, although they may encourage you to use your accrued sick or vacation time. However, be aware that FMLA only covers people who work for companies with more than 50 employees and it is only required if you’ve worked a certain number of hours in the previous month. If you’re an employee of a small business or work only a few hours a week, your employer is not required to offer paid leave or hold your job while you recover from an illness.

Workers with chronic medical conditions, such as chronic pulmonary lung disease or epilepsy, may also be protected under the Americans with Disabilities Act (ADA), which requires employers to make adjustments for people with disabilities. In some cases, that may include extra time off to attend medical appointments or recuperate from treatments.

Though the Patient Protection and Affordable Care Act (PPACA) legislation enacted in September 2010 does not bring changes for paid sick leave requirements, health care reform does prohibit your insurance company from dropping you if you become sick. In addition, the PPACA also requires employers to notify you of your health insurance coverage and benefits along with providing your W-2, so you’ll be more informed about your insurance benefits.

When it comes to dealing with a chronic health condition at work, it’s a fine line between providing just enough and too much information. However, being too closemouthed could put your job in jeopardy, says Larry Kessler, Sc.D., former director of the Office of Science and Engineering Laboratories in the Center for Devices and Radiologic Health of the Food and Drug Administration.

“Recognize that if you are ill and nobody knows (and your work is slacking) people will want to know why the boss is not disciplining or firing you,” Kessler says.

Kessler is sympathetic to the plights of sick workers: “If somebody is doing chemo and it’s making them frail, they get tired easily; you can take some of the workload off their plate, if they can give you a good two to three hours of work stretched over the work day.  It helps their self-esteem and the project moves ahead.”

But productivity is still the top priority. “[As the boss] you’re still responsible for getting it done,” Kessler says.

In January 2006, Christine Cook, 26, a music teacher in Calvert County, MD, learned that she had Crohn’s disease, a chronic and debilitating digestive condition.  She wasn’t sure how much to reveal at work or if she could function during exacerbations. Fearing for her job, Cook only took time off for medical appointments she couldn’t schedule outside of work.

Years after her diagnosis, with her condition stable, Cook reports that her school administration remains supportive.  Her middle school principal periodically asks, “How are you feeling?  Are you OK?  Is there anything we can do for you?”

The outlook isn’t always so optimistic.

Theresa Perry recalls the case of a terminally ill person with a degenerative bone disease.  As the illness progressed, the employer “continued to let that person work at home, in the hospital, over the telephone. The person would just call in and that would count as time worked.”  Perry says.

“Typing was a huge part of that job role.  The company did a creative ADA-type of implementation with voice-recognition software.”  Eventually, “the company hired another person to help.”

Because the organization was large, it could make every effort to allow this person to keep working, Perry says.  “It’s expensive, but the respect it demonstrates boosts morale of all the workers; they feel the company cares.”

But people who’ve lived through the experience warn that employers’ patience with illness often changes over time.  Some will bend over backwards initially, but eventually, they have to get the work done and if you can’t do it, you might have to leave.

“It’s extremely important to protect your job and income,” Perry says.  “If it’s overwhelming for you, pull in a friend, a trusted person” to help gather information and be your advocate.