REDUCING YOUR RISK OF MEDICAL ERRORS 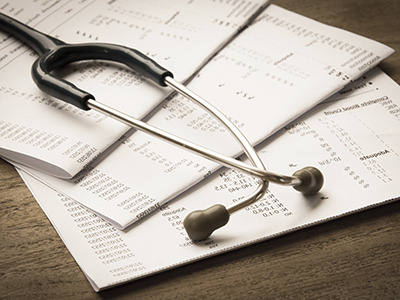 A 1999 report from the Institute of Medicine (IOM) revealed just how pervasive and harmful medical errors are in American health care, killing an estimated 98,000 patients each year. Although the IOM report drew significant attention to medical errors, studies suggest that errors remain common more than a decade later.

A 2010 study, conducted by the U.S. Department of Health and Human Services’ Office of the Inspector General, found that an estimated 13.5 percent-about 1 in 7-of hospitalized Medicare patients experienced adverse events during their hospital stays, and an August 2011 study in the journal Health Affairs suggested that as many as one in three hospitalized patients could be harmed or killed by medical error.

“Medicine in some ways is a victim of its own success,” says Peter Pronovost, M.D., professor in the departments of anesthesiology and critical care medicine and surgery and director of the Armstrong Institute for Patient Safety at Johns Hopkins Medical School. “Many years ago, the only therapies we had were what the doctor held in his black bag. Now we have amazingly complex treatments; we can put a new hip in you or operate on your heart. But all of that complexity also added risk.”

Tracking and reducing medical errors are part of widespread efforts to improve patient safety. “Many of the negative patient safety events are related to systems and how people operate within them,” says Jeff Brady, M.D., of the U.S. Health and Human Services’ Agency for Research and Quality (AHRQ). He refers to slices of Swiss cheese to describe how errors might happen.

“There are flaws within health care systems like the holes in Swiss cheese. Normally, when there’s a hole, there’s a check in another part of the system that will prevent something from happening. A patient safety event often occurs when the normal system of checks and balances fails in an unfortunately coordinated way.”  Errors are often the result of poor coordination within the health care system and poor communication on the part of physicians, nurses and patients.

Virginia resident Herminia Briones struggled for a year after her knee replacement surgery, battling scar adhesions, a blood clot and a severe infection that eventually led to the removal of her knee implant. But for months before that, her symptoms were brushed off by multiple physicians as “routine” and “part of the healing process.”

“Even if the doctor tells you there is nothing wrong, ask him or her to conduct tests,” Briones suggests. “Ask questions. Seek second opinions.”

“We have to educate our clinicians to be welcoming to being questioned. Too often, clinicians give the message that ‘I don’t want to be questioned, I have the answers’,” commented Pronovost.

Lori Ames, a mother from Babylon, N.Y., wrote a letter to her son’s doctors after he was eventually diagnosed with a brain tumor following many missed diagnoses by pediatricians and other specialists.

“I wrote a letter to all of his previous doctors, as well as the head of the first E.R.,” Ames said, “explaining that I wanted them all to use this as a learning experience that they should always look a little further, and never blow off a mother’s concern.”

AHRQ has launched a national ad campaign, “Questions Are the Answer”, designed to encourage patients to speak up on their own behalf before, during and after receiving health care.

Susan Sheridan, co-founder of the patient advocacy group Consumers Advancing Patient Safety, echoes the importance of asking questions. In 2002, her husband Pat died after a diagnosis of spinal cancer failed to be communicated. “I wish I would have known to request a copy of a final pathology. Retrospectively, I wonder what if I had been in the loop?” Gathering documents, ensuring that a hospital has best practices in place and asking questions are critical steps patients should take to ensure they receive the best care, she says.  “I think being a passive patient is one of the worst things we can be…it’s dangerous.”

Pronovost adds, “The challenge is getting both parties to recognize that if you bring both sources of wisdom together, medical training and the patient’s personal experience, we’re going to give much better care.”

Treatment risks are different for hospital patients and outpatients. For outpatients, errors often occur due to a lack of information. A patient forgets to list a medication they are taking or a doctor fails to sufficiently explain a new medication or to follow-up with the results of a test that was ordered. “Patients have to get away from assuming no news is good news,” says Brady. “It’s important for them to confirm the results of every test, including those that are negative.”

Patients in the hospital face another set of risks, ones they can defend against by asking questions. Infections, blood clots and poor coordination between a team of doctors and nurses are the most common causes of harm in hospitalized patients. Indeed, Briones experienced all three of these following her knee surgery.

Pronovost suggests that patients ask about the rates of infection at their chosen hospital and that they make sure anyone who enters their hospital room or delivers treatment washes their hands first. If a patient has any tubes into their body, be it a urinary catheter or breathing tube, they should ask whether they are medically necessary and when they can be removed.

What may be the most difficult task is also the most important.  Pronovost says, “Ask to be included in rounds every day. Nurses and doctors will often stand outside a patient’s door and talk about them and never talk to them. Demand that you or your loved one be included in the discussion.”

Leaving the hospital is a particularly vulnerable time. One in five Medicare patients is readmitted to the hospital within a month. “When you leave, you want to make sure that you or your loved one is capable of caring for your disease yourself. One of the best strategies that patients can request is called a teach-back.” During a teach-back, a patient will say back, in their own words, the instructions given to them by their physician or nurse, including details about follow-up.

“I think we as patients have never really been invited by the healthcare system and by our providers to really participate in our care. If physicians, nurses, and administrators invited us, encouraged us, gave us permission to ask our questions, I think we’d have a much more engaged patient population,” said Sheridan.

Despite the best efforts of patients, their advocates and their caregivers, errors can and do still occur. What happens next can often depend on the response of the hospital and clinicians involved.

Barbara Kaberna’s mother went into the hospital with a suspected case of the flu. The 70-year old woman seemed to recover quickly with antibiotics,” Kaberna, a Sarasota, Fla., designer, recalled, “but her liver enzymes weren’t right so they kept her and started running tests to determine the cause.”

The last test was a liver biopsy, after which Kaberna’s mother was scheduled to leave the hospital the next day. But as her husband prepared to pick her up in the morning, the hospital called him to say that something had gone wrong with the biopsy. “She was in a coma and that her blood pressure was something like 50 over 10. She had bled out,” Kaberna said. Her mother died shortly after the whole family gathered at the hospital.

Kaberna was pleased and comforted by the doctor’s open apology in the hospital waiting room. “He didn’t blame anyone, he didn’t make any excuses. He was genuinely shaken. He prayed with us. It made a difference in how we saw his actions,” she remembers. “If he’d been arrogant and pointed fingers elsewhere, I think we’d have taken a different course.”

Kaberna, Ames and Briones all said that they hoped their discussions with doctors and hospitals could help prevent similar errors from happening to more patients. After speaking at length with their mother’s doctor, Kaberna says, he agreed to change his biopsy procedure.

When An Error Occurs

Despite efforts to change the culture of the healthcare system, errors do unfortunately occur. If a patient feels that an error has just been committed, or is ongoing, they should speak first with the health care workers who were “on the scene” of an error, to ensure that proper care and follow-up begins immediately, said Carol Cronin, MSW, the executive director of the Informed Patient Institute.

If a suspected problem isn’t resolved through discussions with the care team, Cronin said, patients should seek out a patient ombudsman or patient advocate who could be employed by either a hospital, the practice group to which a doctor may belong or the patient’s insurance company. These “patient relations” specialists usually have a procedure that they will follow to report and resolve a potential medical error.  If this process doesn’t resolve the issue, Cronin advises patients to “escalate your concern” by talking with the head of a hospital, the state department of health or the national Joint Commission.

Patients who are considering legal action in response to an error should preserve a record of all conversations, said Salvatore Zambri, a Washington, D.C. attorney and expert on medical negligence law at the firm Regan, Zambri & Long PLLC. “You should also preserve any evidence that might be relevant to a potential claim, and collect all medical records from the doctor or facility where you think the potential malpractice took place.”

Patients should always speak up about errors, Zambri says, because their concerns can lead to better health for themselves and others treated by the same doctors and facilities. “There are a lot of wonderful physicians practicing medicine, but every now and then you have errors that are made, even by good physicians,” he says. “You need to advocate for yourself to get the treatment you need to maximize your health.”