NEED HELP WITH YOUR MENTAL HEALTH? 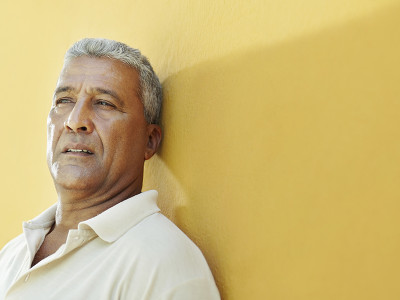 Even after she left her alcoholic, abusive husband behind, Patrice*, a nurse in Florida, couldn’t summon the energy to keep her house straight, couldn’t sleep.

Gaia, a children’s book author in Oregon, found herself crying uncontrollably and couldn’t focus. She felt hopeless without knowing why.

Insomnia and oversleeping, slowed speech, hopelessness, frequent crying and lack of focus — all are symptoms of depression. Overeating or lack of appetite; suicidal thoughts; loss of interest or pleasure in activities and relationships that usually bring joy; anxiety and difficulty feeling pleasure or sustaining positive emotions can occur as well.

When to Seek Help

So how can you distinguish depression from sadness – and when does it require professional help? “We all experience ups and downs in life, but that passes,” says John W. Williams, M.D., a professor of medicine and psychiatry at Duke University.

In contrast, he notes, three important criteria define depression. It must (1) last at least two weeks, (2) include symptoms of feeling low or pleasureless and (3) its symptoms must interfere with the ability to work and live.

However, before you seek help, “it doesn’t have to get to the point of wondering. ‘Am I clinically depressed?’” says Catherine Monk, an assistant professor of clinical psychology in psychiatry at Columbia University.

Some people fear being stigmatized for seeking mental health care – almost as if they have done something wrong or are defective in some way that others aren’t. But the brain, just like other parts of our bodies, isn’t exempt from illness. In fact, 16.6 percent of Americans will experience at least one episode of major depression.

Patrice, who suffered depression following her divorce, resisted seeking help. “In hindsight I realized that my real strength showed through when I did admit I needed to get help,” she says. “You have to let your ego suffer the bruise.”

Figuring out where to find help can be daunting. “A lot of it depends on where you feel most comfortable,” Williams says. “If you’ve got a good relationship with a primary care physician that you have confidence in, that’s where I would I start.”

Primary care physicians (PCPs) can usually rule out physical causes for the problem and prescribe medications for treating depression – and may be able to refer you to a good therapist. Some PCPs even work with therapists and psychiatrists to integrate treatment of mind and body — an approach that improves results, if you can find a group that uses it. Severe depression often requires specialist care. So if symptoms have lasted for years or you have had previous episodes, starting with a psychiatrist makes sense.

Research shows that medication and certain talk therapies are about equally effective — and using both together is better for some (but not all) people. When depression is persistent or recurrent, combining therapy and medication may be preferable. Ethan Gorenstein, an associate clinical professor of behavioral medicine at Columbia University, notes that about 60 percent of people will recover with either option, compared with 80 percent using the combination.

If you opt for psychotherapy, the two types most supported by research are cognitive behavioral therapy (CBT) and interpersonal therapy. CBT works to change misleading thoughts and perceptions that can drive depression. For example, depressed people often think that if anything goes wrong, it means that everything will collapse. CBT helps them focus instead on what’s actually happening.

CBT is more widely available than interpersonal therapy, which focuses on a person’s relationships. It can sometimes be hard to find therapists who use either of these techniques in the way that the studies found effective.

“There are two clear indicators that someone is practicing CBT,” Gorenstein says. “The first is that they are focused on the present and finding thinking and behavioral strategies for coping. What they won’t be concerned with is identifying the cause. If someone is focusing on what led you to be this way as opposed to how you can change, that’s an indication that you are not getting CBT.” Second, CBT doesn’t spotlight your relationship with the therapist, Gorenstein notes.

Beyond technique, numerous studies have found that what matters most to recovery is whether the patient feels connected to the therapist.

“The research is pretty strong that about five times as much therapeutic value comes from the quality of the relationship than from any evidence-based practice,” says Eric Goplerud, a professor of health policy at George Washington University.

“You aren’t aiming for being less miserable. It’s about being comfortable about being able to experience the good and the bad of life,” Goplerud says.

As for Patrice and Gaia, both sought and received effective treatment. Patrice responded to a radio commercial seeking subjects for a clinical trial of antidepressants. She took antidepressants for about six months.

Gaia, too, stopped the medication after a few years of using both therapy and an antidepressant. “I can still dip down,” she says, “But I can get out of it myself a lot quicker and I don’t just stay there. Don’t be ashamed to get help or feel bad,” she says, “Own it and do it.”