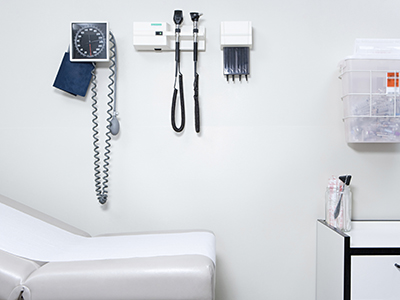 Consumers are awash in information they can use to find the best deals on everything from dishwashers to car insurance. But is it possible to comparison shop for a hospital?

Hospital report cards – which can include information on everything from how clean the hallways are to how many patients die after a certain operation – have been touted as a valuable source of information for savvy hospital shoppers. But these report cards may not be as useful to you as a Consumer Reports guide. The information in them can be out of date, hard to interpret, and aimed more at the hospitals themselves than at patients. And for many patients, “choosing” a hospital just isn’t an option – no matter what the report card says.

“Most of these reports did not have the patient or consumer as the primary audience in mind when they were designed,” says Judy Hibbard, D.Ph., of the University of Oregon. She studies how consumers use health information.

Still, hospitals do differ in the quality of the care and the patient experiences they offer, and it’s wise to know as much as you can before entering a hospital to deliver your child or have major heart surgery. Hospital report cards may not be perfect, but they can offer clues as to the kind of care you might receive at one institution compared to another.

For instance, you might discover how well a hospital provides “evidence-based” care, such as delivering the recommended dose of aspirin to heart attack patients upon arrival. And increasingly, the report cards contain feedback surveys from patients who can talk about the nitty-gritty of their stay: Did the nurses disappear? Were the rooms warm?

You can find these stats and more in the online hospital report cards published by the federal government at sites such as HospitalCompare.gov, for-profit companies such as HealthGrades, and yes, even catalogued at the Consumer Reports Web site. But most people aren’t aware that their local hospitals are being graded.

How did you “choose” your last hospital?

“The last time I went to a hospital was for the birth of my second child,” says Elizabeth Tran of Arlington, Va. “We went there based on where our doctor was affiliated; we didn’t have a choice in where we went.

“To be honest, where we live in a major urban area, I might just look at the location of a hospital as a proxy for its quality,” Tran says, noting that hospitals in some wealthier neighborhoods have a better “word of mouth” reputation.

The “buzz” — negative or positive — about a hospital also figures into Jennifer Thorson’s perception of local hospitals. But her choice of hospital would be limited to where her doctor will work. “If he or she had privileges at more than one hospital, I might ask them if they had a preference,” says Thorson, who lives in Tucson, Ariz.

As she suggests, many patients just go to the facilities where their doctor practices and where their insurance will pick up the tab for an emergency or planned procedure. “To the extent that more than one hospital is covered, you might have some freedom of choice,” her sister Amy Thorson says. “But other than that…” she says with a shrug.

It’s not surprising that many people don’t consult hospital report cards or even know about them, says Maribeth Shannon, director of the California HealthCare Foundation’s Market and Policy Monitor program, which publishes the CalHospitalCompare.org report card. “A lot of people don’t go looking for this information because fortunately they don’t have a need for it yet.”

What’s the best way to use a report card?

If you do consult a hospital report card, look for the measurements that suggest a hospital does what it’s supposed to do for your condition, Shannon suggests. For instance, if you’re going into the hospital to have a pacemaker implanted, you might want to know how often a certain hospital uses the recommended anesthesia during the procedure. These types of statistics can tell you whether a hospital’s care is in line with what national medical organizations have recommended, although they are not available for all conditions in all hospitals.

“Hospitals are pretty complex places. What we’ve found in our research is that very few hospitals are very good at everything, and very few are not good at anything. It may be that it’s a good hospital for cardiac care, but not orthopedic care, for instance,” Shannon says.

Outcome data — how well patients fared after a certain hospital procedure – can also give you an idea of how well a hospital performs, but these data are rare, Shannon says. Some report cards list “specialty” hospitals-those renowned for their cancer care, for example. These specialty hospital listings or centers of excellence, often independently accredited by other medical organizations, can be found in publications such as the annual U.S.News & World Report’s “Top American Hospitals” guide.

But what if you’re reading a report card and none of the “care” measures are meaningful to you? Hibbard says that the statistics contained within hospital report cards are not always useful to patients. “It’s burdensome to people to learn about all this stuff,” she says. People simply want to know if patients “got the correct information at the right time, or whether the right things were done,” she argues, instead of scanning a card to find out “what percentage of people got a beta-blocker upon admission for a heart attack.”

More report cards are now answering the questions that patients seem to ask most often about hospitals: Were the nurses friendly? Were the rooms quiet? Was the check-in process chaotic? Shannon says these data are “core” to a hospital’s care. “Patient experience measures aren’t just about the temperature of the food. It’s about important things like, ‘Did you feel the doctors and nurses were listening to you?’ or ‘Did you understand your discharge instructions?'”

Although it can be difficult for a patient know whether aspirin or antibiotics were dispensed properly, it’s easy for a patient to know whether they felt their needs were taken care of in a hospital. “I think of it as like customer service,” Tran says. “It’s like the airlines. I sort of assume that all pilots are comparably trained, so I just go with which one I liked based on past treatment.”

Supporters of hospital report cards acknowledge that the measurements aren’t always consumer-friendly. The report cards “serve a dual purpose,” says Rick Wade, senior vice president for communications at the American Hospital Association. “They are there for the public, but they are also there as benchmarks for hospitals to do better.” Wade and others say report cards encourage hospitals to improve their performance, but several recent studies offer mixed support for this idea. In some cases, the report cards have not significantly changed a hospital’s standard of care, or driven patients away from poorly performing hospitals.

Still, Shannon says “hospitals care very much how they look on these report cards. And if quality improves as a result, a patient’s next experience at a hospital is going to be better than their last experience.”

When using a hospital report card, it is important to remember that “it’s all just a snapshot in time,” says Wade. The data for a particular hospital may be at least two years old since the report card was published, so performance measures may have changed in the meantime, he noted.

Wade also cautions patients against seeing the report cards as the final word on a hospital, noting that quality care measurements are “a relatively new field.” The report card is “one of the many tools that a patient and family should use to choose a hospital,” he says. “But we think that these are the best measures to start a conversation [about hospitals] between a doctor and patient.”

But aren’t all hospitals the same?

After glancing through a few report cards comparing hospitals in her area, Tran is struck by the fact that “a lot of the ones that would be an option for us rank comparably.” It’s a common complaint about hospital report cards from both physicians and patients. The cards clearly single out the best from the worst, but are less useful at helping patients decide between hospitals where overall quality is about the same.

Looking over a report card for her city, Jennifer Thorson says she might be interested in the measurements showing how often a hospital performs a certain procedure. “I wouldn’t necessarily be interested in the success rate, but if they do this all the time, I would think that everybody would know what they were doing,” she said.

For some, familiarity will always be most important than low performance scores. “I’d prefer to go to a hospital I feel comfortable with, compared to a hospital I don’t know – even if it has an outstanding record,” says Greg Reid, the husband of Amy Thorson.

The report cards are constantly evolving, adding new data such as mortality rates, patient satisfaction surveys and information on new conditions. Shannon says the CaliforniaCompare site hopes to add data on conditions “that tend to be more ‘shopable,’ such as a hip or knee replacement where patients have time to compare.”

Wade says navigation is the missing piece of hospital report cards, and he hopes to see more efforts to help patients figure out how to read the cards, get the information they need, “and understand what this all means.”

Although Hibbard feels that there is much work to be done to improve hospital report cards, “I would look at the information” she admits, “because it’s better than nothing.”