GETTING THE RIGHT HELP FOR ACUTE PAIN 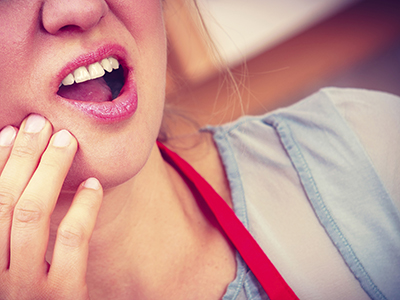 Whether caused by injury, surgery or a toothache so bad it slams you awake in the middle of the night, acute pain is difficult. Receiving prompt and helpful treatment can make all the difference in the world. But lack of care or inadequate care means that the acute pain may develop into chronic agony.

Fortunately, acute pain is not always long lasting or overwhelming, such as when you have a short severe cramp or multiple bee stings that can be handled with time, over-the-counter medication and other home remedies.

Since individuals’ tolerance for pain varies widely, the question of when pain itself requires urgent medical attention is difficult to answer. Chest pain should prompt a visit to the emergency room, of course—but other types of pain are trickier to call.

“If it hurts like hell, come to the E.R.,” says Dr. Sergey Motov, assistant program director for emergency medicine at Maimonides Medical Center in Brooklyn. “The problem is that it’s so subjective, there’s no really good objective way to tell when [help is required]. If it’s the worst pain you’ve ever experienced, [come].”

Once you seek medical attention, you should be treated promptly and with compassion. “If you don’t treat acute pain properly, it can become chronic,” Motov says. “If someone comes in with acute pain and it’s sub-optimally treated, they go home and come back in three days and it’s sub-optimally treated again and later on they’re in chronic pain, that started with us because we did not address the acute pain properly in the first place.”

So how should extreme acute pain be treated? Jan Adams, a retired general practitioner herself, describes receiving excellent care after she had back surgery following an injury. She was immediately given strong opioid medication because of the intensity of the pain.

Mike Gaynes, a media consultant, received similarly caring treatment with opioids when he reached the ER suffering with kidney stones. Although he does not normally have high blood pressure, the pain had made it skyrocket. “This was cork-popping,” he says, “They gave me I.V. morphine and it helped somewhat, then they gave me more and it helped a little more. It took the edge off but did not shut [the pain] down entirely.”

Toughing it out with severe acute pain is not recommended, because of the possibility that it could become a chronic problem. However, Dr. Kenneth Goldschneider, director of pain management at Cincinnati Children’s Hospital, says that complete elimination of pain is often an unrealistic goal because of the side effects of drugs. “I could give you anesthesia for a week and you would have no pain, but that would come at some cost,” he says. “You want the maximal amount of pain relief with the minimum amount of side effects like sedation.”

Adams’ bad experience of pain management came during an emergency colonoscopy, which she needed during treatment for a rare form of mouth cancer. Radiation therapy had left her weakened and malnourished, cutting off the blood supply to her colon. Because of the painful cancer treatment, she was already taking an extremely strong opioid called fentanyl and had developed a tolerance to it.

That same medication was used for anesthesia during the procedure. Because of Adams’ tolerance and the physician’s choice not to use an additional anesthetic along with it, she was left in agony. “He’s pumping air into my colon and I’m feeling like raw hamburger,” she recalls. “The entire floor heard me screaming but he wouldn’t give me anything more,” she says, explaining that she has typically been stoic when in pain

To avoid having a similar experience, Adams suggests a conversation about pain management before surgery. She says to ask explicitly, ‘What do you think is appropriate pain management?’ “One thing you want to hear is that ‘I’ll be sure that either I or the nursing staff will be trying to evaluate your pain [regularly] to make sure you’ll be as comfortable as possible,” she says.

Patients should also discuss any medications they are taking with their doctors before surgery. If someone has a tolerance to a particular medication, the anesthesiologist needs to be prepared to use higher doses or choose a different drug.

“I would always encourage people to change physicians or get another opinion if something doesn’t seem right when you talk about pain,” Adams says.

A decade ago, the Joint Commission on the Accreditation of Health Care Organizations (now known as the Joint Commission), which sets standards for medical centers, labeled pain as the “fifth vital sign.” Hospitals are now required to assess pain when other vital signs are taken after surgery or more frequently with especially painful conditions.

“There’s no excuse not to treat acute pain properly,” Motov says. If pain is not being adequately addressed, the hospital’s ombudsman or patient advocate should be contacted.

Dental pain is one of the worst forms of common, acute pain. Lys Fulda, then in her early 20s, had a toothache so severe that she went to her dentist’s office before it opened to make sure she’d be seen as quickly as possible.

The dentist injected her with Novocain, but it didn’t completely alleviate the pain as he began to drill. He tried another injection, this time directly into the tooth. “It felt like lightning went through my entire body. It created innate deep fear of dentists,” Fulda says.

While it’s not always possible to avoid such incidents because people’s nerves are sometimes anatomically unusual, experienced dentists can almost always prevent them.

“You need to take pain seriously,” says Dr. Dennis Bohlin, a Manhattan dentist and the educational coordinator for the New York State Dental Association’s committee on chemical dependency. “Part of it is reassuring [patients] that there is going to be end to it. Part of the anxiety about pain is the fear that it will last forever. It’s not going to, we can handle it. That reassurance is really important.”

Anxiety itself actually increases pain—so techniques that reduce anxiety are an important part of dealing with acute pain. With children, Bohlin says, it’s particularly important to calm the parents as well so that they don’t transfer their own anxiety to the child.

Incidents like what happened to Fulda or negative childhood experiences with dentists can create what Bohlin calls “subliminal anxiety,” which can drive avoidance of dentistry below conscious awareness. “It’s hard enough to come as it is,” he says, adding that this type of anxiety makes dragging yourself to the chair even more difficult. Fulda found that a reassuring, sympathetic dentist was able to help her overcome her fear.

If dental pain strikes in the middle of the night or on a weekend, Bohlin suggests taking a drug like ibuprofen, naproxen or aspirin—all of which fight inflammation, which is a big part of dental pain. Don’t take antibiotics, which can make the dentist’s job harder when he or she tries to diagnose the problem.

Acute pain can be harrowing, but fortunately in most cases it can be rapidly relieved.

Most acute pain is not serious and can be handled with home care methods. Some advice from Dr. Kenneth Goldschneider, director of pain management at Cincinnati Children’s Hospital:

For minor injuries, use a cold pack but for no longer than 20 minutes, he suggests. For sore throats, gargle with salt water — the only advice that has changed since grandma’s time is that aspirin is no longer used for children or adolescents. Use children’s ibuprofen or acetaminophen instead, he says.

He adds that for infants under six months, sugar water has been found to have a short-term analgesic effect: In many hospitals it is now used for giving shots and placing IV’s and other procedures that produce brief, acute pain. It doesn’t work for older children or adults, however.

For toothache, Manhattan dentist Dennis Bohlin says that when you cannot immediately get to a dentist, use an NSAID drug like ibuprofen or naproxen that has anti-inflammatory properties, since inflammation is often a big part of the problem.