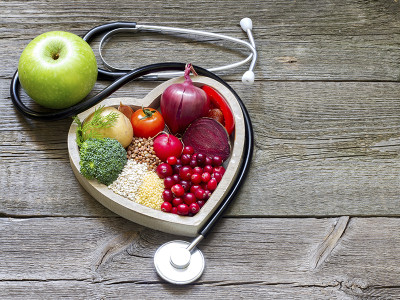 We often give a chilly reception to the idea of going “cold turkey” when it comes to anything that has to do with changing behaviors and habits, even those that may be important for our health. And no wonder: habits become habits because they give us something we think we need. Maybe they make us feel better (hello, chocolate!) or they bring comfort, familiarity or convenience to our lives.

Once we get used to doing things a certain way, the idea of changing a routine behavior can seem overwhelming. And we worry (with good reason) that we won’t be successful if we try to change our habits all at once.

Joan Christensen, a 57-year-old dance teacher from North Branford, Conn., understands. The recession and personal challenges sent her into a depression. She coped by eating more, ballooning her 5-foot-4 frame up to 204 pounds. “I was feeling sorry for myself and food became my solace,” she says. Yet, she wasn’t motivated to turn her life around.

Then a medical crisis hit. Suddenly, Christensen was ready to make changes, but didn’t know where to start. With the help of her physician, she began to take small but meaningful steps to reduce her weight. It worked.

“I’m a new woman,” Christensen says. Through a series of small steps over a period of six months, she lost 44 pounds.

It’s not just common sense that backs up her go-slow approach. Research supports it too, suggesting we’re more likely to improve our health if we don’t pressure ourselves into developing new routines overnight but instead take time to learn new habits.

“We talk as if willpower were the whole show,” says Christensen’s physician, David Katz, M.D., director of Yale University’s Prevention Research Center. “But that’s like thinking you can climb Mount Everest if you just want to badly enough. Nonsense. You need mountaineering skills.”

“Rationally, you’d think motivation would be strong enough to get you to adopt a health behavior, but it’s not,” says BJ Fogg, Ph.D., director of the Persuasive Technology Lab at Stanford University. Fogg works on creating systems to change human behavior and adapting those systems for use with mobile devices. “Motivation and habits actually live in different worlds.” Motivation, he explains, is important for developing the initial surge in energy to make a change, what he calls a motivational wave.

For Christensen, her motivational wave wasn’t voluntary. She became ill one particularly busy day after eating an unhealthy breakfast and skipping lunch. Nausea, stomach pains and shortness of breath hit her all at once. “I sat down and cried,” she recalls. “I was spiraling out of control and had hit bottom. I then knew that it was now or never.”

It’s quite common for a medical crisis to serve as a tipping point, Katz notes.

“Unfortunately, tipping points do tend to come in the aftermath of calamity, such as after a heart attack or stroke. Sometimes they occur when a medical crisis strikes a family member or friend,” he says. “Sometimes they are due to other kinds of events that change our perspective-such as pregnancy. What is most powerful varies with the individual.”

If you can’t quite bring yourself to begin changing your health for the better, there are things you can do to help move in that direction. Talk to your doctor, Katz suggests, and ask about the perils of the status quo and the possible benefits of changing your habits.

Simply having motivation, wherever it originates, is not enough to develop new habits. “One of the problems is when people fail at changing their behavior they blame themselves and their lack of motivation. They are blaming the wrong thing,” says Fogg.

Katz says some people actually prefer to make a big change in one fell swoop. They might suddenly quit smoking or start following their insulin injection routine to the letter. “It’s constitutionally who they are,” he says.

But researchers have found that most people do better with a slower, step-by-step approach, Katz says. To use this approach effectively, however, you may need an education in exactly what your options can be.

People often fail at making important changes because they lack information, adds Judith H. Hibbard, Ph.D., a professor of health policy at the University of Oregon who studies the choices people make about their health. “They don’t know what their role is in the care process, and they’re overwhelmed with the task of managing their health. It’s more like being defeated and discouraged rather than being lazy.”

With her doctor’s help, Christensen learned new weight-loss techniques. She started keeping a food diary, for instance, to give her insight into her daily diet. “You don’t realize what you are putting in [your body] until you see it on paper,” she says.

She began eating six times a day instead of going from breakfast to dinner without food. She cut down on sugar by changing brands, learned to savor her food instead of wolfing it down and tried new recipes.

“It isn’t easy…in the beginning it was very hard to give up sugar,” she says. “But you soon learn that it’s not a necessity. I can now go out and watch people have dessert around me, and it doesn’t faze me. It is empowering to know that you are in control. And I have found that gaining control over my weight and eating habits has taught me to take control in the areas of my life that were causing the overeating.”

If you’re overweight, you may think Christensen’s success is unrealistic. But a landmark 2002 study published in the New England Journal of Medicine finds that a moderate amount of weight loss, the kind you can achieve through fairly minor changes in exercise and eating habits, had a bigger positive effect on overweight people at risk for diabetes than preventive medication had.

Those who exercised a half-hour a day and lost just 5 to 10 percent of their weight-10 to 20 pounds for a 200-pound person-were almost 60 percent less likely to develop diabetes.

If 30 minutes seems like too much, Fogg suggests starting shorter. “Tiny habits grow into full behaviors over time. If you get in the tiny habit of exercising for three minutes and that becomes a true habit, you will eventually just naturally end up doing 30 minutes,” he says. “Over time, you develop the physical capabilities and arrange the world around you to make it easier.”

Needles don’t bother Joan Reder, a medical transcriptionist with the Scripps Health System in San Diego. That’s a good thing: She has had type 1 diabetes for 35 years and daily insulin injections have long been part of her daily routine.

But something does make the 59-year-old Reder nervous: technology.

Recently, she was intrigued by the idea of converting to using an insulin pump that would allow greater control of her insulin levels. But it worried her, too.

For one thing, the idea of using new technology didn’t thrill her. “I’m not a techie person. I know what I need to know to use my computer, and the rest…well, I don’t want to know,” she says.

She had also heard a secondhand horror story about the pump and didn’t want to shell out money for a pump that she might not want to keep using. “So having a pump was really scary to me,” she recalls.

Then she discovered that she could enroll in a study that allowed her to get extra support from medical staff and try the pump without making a major financial commitment. It also helped that she was able to turn to other diabetics in a support group and learn tips about how to use the pump.

“They know things that your doctor can’t tell you unless your doctor has diabetes, like how to eat pizza or M&Ms with the pump,” she says.

Christensen tried the pump and loved it. Instead of giving herself insulin injections throughout the day, she programs the pump’s computer to deliver the amount she needs based on what she eats. That’s much easier than going through the multiple injections that she used to endure to be able to safely eat certain foods.

She now regularly wears the pump, which weighs about half a pound and delivers the insulin through a tube that goes under the skin in her stomach. “There’s a lab test that I take every time before I see my endocrinologist. The ideal measurement is 7 or below. The day I started on the pump, it was 8.4. Three months later, it was a 6.7.”

That improvement wouldn’t have happened without the support that helped her gain the confidence to take the small step of simply trying the pump, she says.

Confidence, it turns out, is crucial to improving health through small steps. To take advantage of the powers of confidence, it’s a good idea to make changes that you’re about 70 to 80 percent sure you can accomplish, says David Sobel, M.D., medical director of patient education and health promotion for Kaiser Permanente’s Northern California system.

Judith Hibbard said she’s heard of dieters whose first step was to eat nine donuts a day instead of 12.

Katz and Hibbard say there are many other small steps you can take if your goal is to lose weight. Don’t shop while you’re hungry, for instance, and prepare a shopping list to guide healthier choices. At work, take the stairs a few days a week instead of the elevator.

You further your chance at success if you set up your environment to help trigger the behavior you want, according to Fogg. “If you want to floss more, put the floss next to your toothbrush. When developing habits, you should try to make something you already do become the trigger for the next thing.”

Success, if you reach it, will build your sense of confidence, but don’t stop early in the process. “The thing about small steps is that you need to keep moving forward and take the next step after that,” Hibbard says. Luckily, Fogg points out, “In general, the more you do a behavior, the easier it is to do.”

As you move forward, remember the lessons of Christensen and Reder: it’s easier to change your life when supportive people are behind you. Friends and family can make a big difference, as can the staff at your medical office. Some people also seek out support groups. “Social support can be helpful if the people around you already have the habit you want,” says Fogg.

If you can’t find the help you need, consider creating support systems yourself, as Reder did. She co-founded a group at Scripps Health’s Behavioral Diabetes Institute that matches diabetic patients with other similar patients who serve as mentors. The program is called Diabetes TLC, with the initials standing for “talk, listen, connect.”

The idea is to give the kind of insight and support that doctors can’t provide because they don’t suffer from the condition themselves, Reder says.

“The small steps our clients have taken with support from one of our teammates have assisted many of them in making huge changes, including better lab results, weight loss, testing their glucose more often and more balanced lives,” she says. “If you give people a list of 22 things they have to do, they’ll say forget it. If you do things one or two steps at a time, you’ll experience success and get ready to do more.”

It’s a small steps-big change success story. And there’s not a cold turkey in sight.